ARCHIVE. PRESENTATION. On Prototypes and Models

In design, models and prototypes are 3D sketches that visualize the development of a product. In close consultation with his or her client, the industrial designer uses models to arrive at the final design. Depending on the complexity of the product the process can take only a few months or as long as several years. Since the model simply reflects a further step in the designer’s thinking, it is itself only of temporary significance. For even the fine differences in the very next model point to a better solution. Given the fact that models are meant solely for work purposes they tend to be cheaply made. In the course of the design process, models then alternate with so-called mock-ups, as well as prototypes.

While mock-ups are used to test whether the product can be realized, what handling is like, and which materials are best suited for it, prototypes are more elaborate, as they have to convincingly convey to the user both the function and the form. While in the past, the material of choice was plaster of Paris or wood, today new technologies are used, such as rapid prototyping.

As soon as there is a new idea or insight as regards the product, this gets tested in the form of a model. By means of trial and error, the designer can thus move the development process forward toward a solution that can go into production. 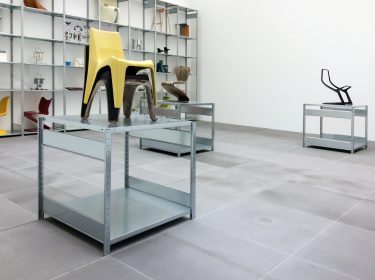