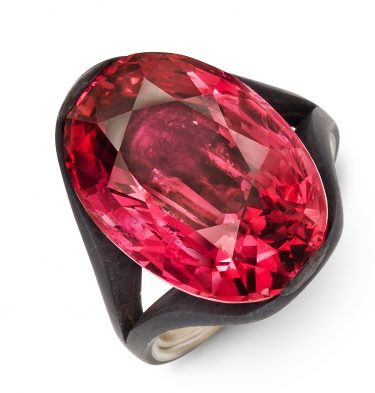 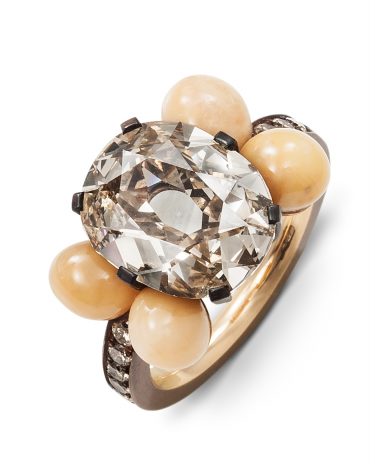 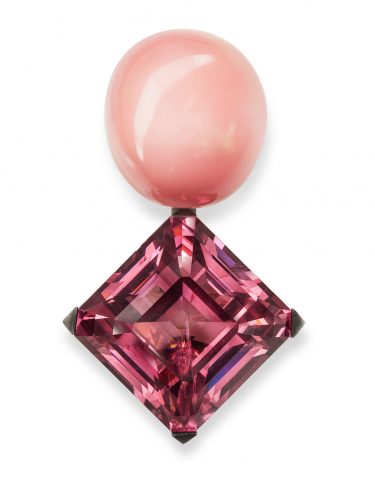 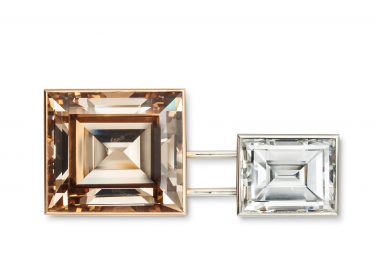 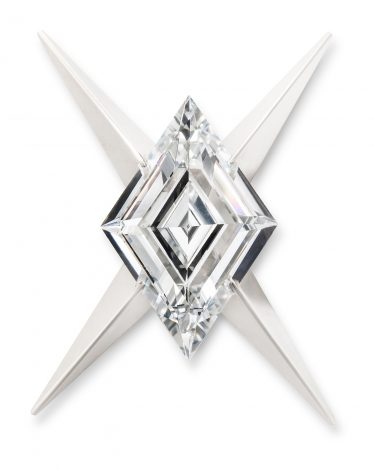 In 2018, with the support of the Museumsstiftung zur Förderung der Staatlichen Bayerischen Museen (Public Foundation Promoting the Bavarian State Museums), Die Neue Sammlung – the Design Museum attached to Pinakothek der Moderne, took over as legacy the jewelry collection of Christof and Ursula Engelhorn. It includes works by Munich designer and goldsmith Stefan Hemmerle.

Little is known about the private life of Christof Engelhorn, a self-taught man, collector, free spirit and benefactor who was always on the go. He and his wife Ursula preferred to be active behind the scenes. In 2007, speaking about himself during a ceremony at Lucerne Univ he said somewhat coyly: “Since last year I’ve been over 80, an amateur, non-academic, married for over 60 years to Ursula, interested in art and for 12 years the manager of a gallery in Munich.”
For some 37 years Munich was the hotspot for the activities of the Engelhorns. In 1965, he was one of the founders of the Galerie-Verein, Munich (today PIN) and as early as 1967 to its board members. We have less strong memories of his initiating the Engelhorn Stiftung zur Pflege und Förderung der Kunst GmbH in 1968. A council comprising the art historian and curator at Neue Pinakothek, Siegfried Wichmann (1921–2015), artist Karl Heinz Dallinger (1907–1997) and architect, spatial planner and designer Paolo Nestler (1920–2010), supported Engelhorn in his work. It seems remarkable not only on account of upcoming anniversaries that during the Olympic Games in 1972 Wichmann was responsible for the exhibition “World Cultures and Modern Art: The Encounter of 19th and 20th century European Art and Music with Asia, Africa, Oceania, Afro- and Indo-America” in Haus der Kunst and then from 1973–1975 was adviser to the Design Department of AUDI-NSU in Ingolstadt and among other things defined the color palette of the Audi 100 C2.

In the first seven years the Engelhorn couple’s foundation organized 53 (art) actions. They included the frequently mentioned support in the spectacular acquisition of Francis Bacon’s Three Studies for a Cruxifixion in collaboration with the Galerie-Verein für die Bayerischen Staatsgemäldesammlungen.
But who remembers the publication of the first edition of Ernst Burden’s “Designmethodologie” (Design Methodology) by the foundation in 1970 or five years later the grant the foundation gave for an adventure playground in the evolving satellite town of Neuperlach in the south-east of Munich with its 23,000 new-built apartments?
For a short time, Neuperlach, a drawing-board creation installed just outside Munich on the abandoned fields of Perlach after the principles of the “Athens Charter” struggled with its gangster image. It was here in May 1969 that at the invitation of Galerie Heiner Friedrich American land artist Michael Heizer created his first piece of land art entitled “Munich Depression” facing multi-story tower blocks. Yet only few people still recall the opening of an art center in Neuperlach-Nord, more precisely in the local shopping center on Albert Schweitzer Strasse. Then as now a surreal sort of place. It was here that the art center Munich Neuperlach Kunstzentrum, Albert Schweitzer Strasse No. 66 opened its doors on the ground floor of an enormous multi-story building whose address took in four house numbers. It was to be a place according to its spiritus rector Engelhorn, “…whose mission was to find a means of bringing art closer to people from the area – one that supplied no cultural offerings at all”.
In addition to the first high-profile action: “Picasso anmalen” (Painting over Picasso, 1975) from 1975 to 1983 some remarkable exhibitions were held in Kunstzentrum No. 66 that would have had a tough time of it in Munich city: on the then still recent kinetic art, on Asger Jorn, Joseph Beuys, Walter Pichler or Frank Stella, Jasper Johns and Franz West.
But the free spirit Engelhorn not only made over this new platform in Neuperlach to “high art”. In 1977 works from the goldsmith class of the Munich Academy of Fine Arts were presented. It was preceded by visits to the jewelry class of the Academy and people close to Jünger. The young jewelry artists showed objects of silver and gold in what were then as now daring combinations with steel, iron and bird’s feathers. Photos taken by the jewelry artists themselves rather than the high-class studio photography visualized jewelry objects put to a different use, to interpret the human body as an abstract picture. The preface by Hermann Jünger in the catalog remains a readable avowal of studio jewelry. It would be nice to be able to write now that Engelhorn himself bought an object but this remains unfulfilled wishful thinking – we simply don’t know.

Two decades later it is works by Munich designer and goldsmith Stefan Hemmerle that arouse Engelhorn’s interest as we know since Die Neue Sammlung was privileged to take over the Engelhorns’ jewelry collection. An idea largely influenced by Stefan Hemmerle. And he was the one who established the contact between the museum and the collector back in 2004 and the first talks both enabled and accompanied.

The family-run business Hemmerle has existed in Maximilianstrasse since 1893; its history can still be read in gold letters on the well-preserved cast-iron facade. A good hundred years later, in 1995, the running of the business was taken over by Stefan and Sylveli Hemmerle. And Stefan Hemmerle had already ventured “into new territory” as he expressed it “with ever new materials and combinations of materials combined with high-carat jewels.” The materials call to mind the student works of the 1970s shown in Perlach’s Kunstzentrum No. 66 – wood, copper, aluminum, iron or stainless steel – but with just one decisive difference: Stefan Hemmerle’s “design interest aims at visually highlighting valuable stones and pearls in their incomparable strength, sculptural aura and exceptional coloring” – as Florian Hufnagl expressed it in his opening address in 2006 for the exhibition in Pinakothek der Moderne “Jewels Today seen by Stefan Hemmerle”.
So, it is not all that surprising that in 1990 it was with a large, unique step-cut diamond lozenge that Stefan Hemmerle was able to awaken Christof Engelhorn’s curiosity in valuable stones. In consultation with Christof and Ursula Engelhorn, Stefan Hemmerle used the diamond to fashion a large star brooch in platin.
After the turn of the century works are added to the collection include the Mondrian brooch with its two subtly harmonizing brown and white diamonds from 2006 or the brooch created a year later with a reddish-pink spinel and a conch pearl asserting itself in a delicate pale pink. Both works express Stefan Hemmerle’s idea of art and his handling of beautiful things created by nature. He turns them into his protagonists.
Like the function of a frame for a picture for Stefan Hemmerle the setting – be it of iron, aluminum or a precious wood – has a serving task acting solely to present the precious natural gem as in the large raspberry colored spinel. Stefan Hemmerle uses white gold or the setting and ring band but burnishes it black to tone down the customary effect of this material so enjoys playing with light and throwing it back in flashes at the observer to divert his attention to it. What an understatement that simultaneously allows the breathtaking and unique coloring of the stone to take full effect without any restraint. Or to let Florian Hufnagl have his say again, the works of Stefan Hemmerle are characterized by the “highest sophistication in craftmanship” that “does not primarily seek to display virtuosity”. His works stand for a “radical reduction of form” and “pure understatement” which makes the “glittering magnificence of precious stones” shine all the brighter.