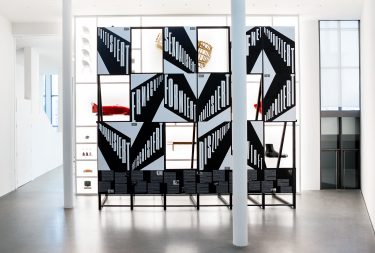 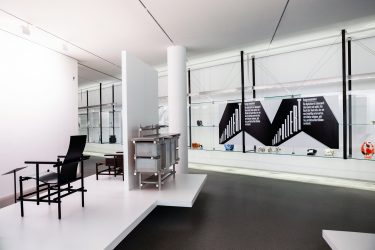 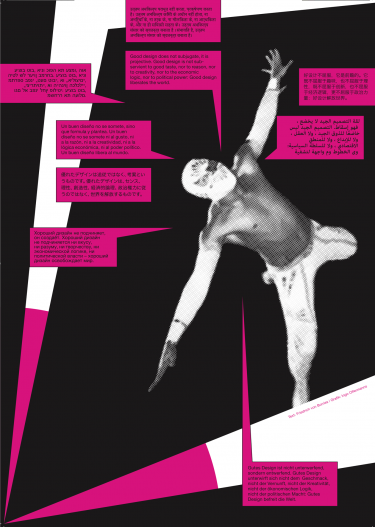 “Politics of Design, Design of Politics” is the programmatic title of the exhibition curated by Friedrich von Borries, which will be on display for ten months from November. The exhibition continues the series devoted to contemporary design positions in the Paternoster Hall, to which Die Neue Sammlung – The Design Museum has been inviting protagonists of international design annually since 2015.
After Konstantin Grcic, Werner Aisslinger, Hella Jongerius and Louise Schouwenberg, Friedrich von Borries will conceive a multi-part installation. In addition to the Paternoster Hall, it will for the first time also encompass the spaces housing the permanent exhibition.

Architect, designer, and design theorist Friedrich von Borries has been teaching Design Theory at the University of Fine Arts (HFBK) Hamburg since 2009. From the point of view of an extended concept of design encompassing product design, graphics, architecture, the design of urban spaces and artistic practices, the exhibition addresses the major question of the sort of world we want to live in, and how we can shape it.

In a series of interactions with and interventions in The Design Museum, von Borries reveals the extent to which design entails a political element.
He points out with regard to “Politics of Design” that design objects have also always come about in a political context and that in many cases there was a sociopolitical intention behind their development. With theories such as “design sexualizes,” “design colonializes” and “design manipulates,” he takes a new look at Cola advertising, Sony Walkmans, and Modernist furniture.
This discussion of the political element in design will be extended to the field of politics. The focus on the objects will be contrasted with the “Design of Politics,” which explores the possibilities of design shaping and changing politics. What role can design play in the social and cultural development of a society?
As such four workshops, taking as their motto “Re-design democracy,” will be held in the Paternoster Hall in the form of a discursive, public design process staged in cooperation with the Federal Agency for Civic Education (bpb). In an open call posted by social media and media partners, citizens, activists, designers, artists, academics and students with an interest in the subject will in each case be invited to participate with project ideas and discussions. Each workshop will be prepared by Friedrich von Borries and be attended by acknowledged experts. The results will be publicly discussed with high-profile guests from the fields of politics, academia and culture, and will subsequently form an integral part of the exhibition.

In addition to the two parts of the exhibition there will also be a subjective reflection on Friedrich von Borries’ oeuvre to date in the two Paternoster elevators. By way of a gift, his heteronym, the artist Mikael Mikael, will intervene in the museum’s collection and in a perpetuating installation draw attention to the basic dilemma of a political artist or designer, who will never achieve his – supposed – goal.

Against the backdrop of democracy as a form of government that is worthy of protection and at the same time worthy of improvement, Friedrich von Borries not only makes concepts such as “surveillance,” “self-realization,” “goods” and “market” themes of his critical exhibition. Indeed, with regard to the relationship between politics and design he also asks about the field in which designers and architects must operate today if they want their designs to be politically responsible.