Ikko Tanaka (1930-2002) is still considered one of Japan’s most influential graphic designers. He founded his studio in Tokyo in 1963 and a year later he took part in documenta 3.
His diverse oeuvre ranges from book designs and typographic experiments via art direction for companies like Seibu, Mazda and Shiseido, to logos and exhibition designs, through to the concept for no-name design store Muji. Outside Japan, he is best know for his posters, designed for theater and dance productions, exhibitions and other cultural events, social and environmental issues, but also for font foundries and fashion designers. The selection draws a distilled picture of the manifold aspects in Ikko Tanaka’s poster oeuvre.

His style can be described as forceful and clear, expressive and harmonious, boldly abstract and sublime, deceptively simple. A fresh take on Japanese aesthetics is clearly identifiable, as are western sources of inspiration, including the Bauhaus. East meets West, as one of his books about Issey Miyake was titled, also applied to the activities of Ikko Tanaka, who always saw himself as a mediator between Japanese culture and the west.

Parallel to this presentation – from October 27, 2017 to February 18, 2018 – Neues Museum is staging the exhibition On the Art of Building a Teahouse. Excursions into Japanese aesthetics, which also includes several loans from the collection of Die Neue Sammlung. 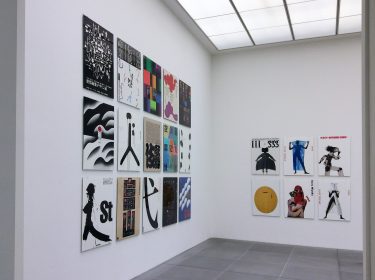 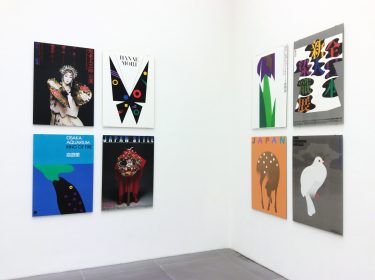