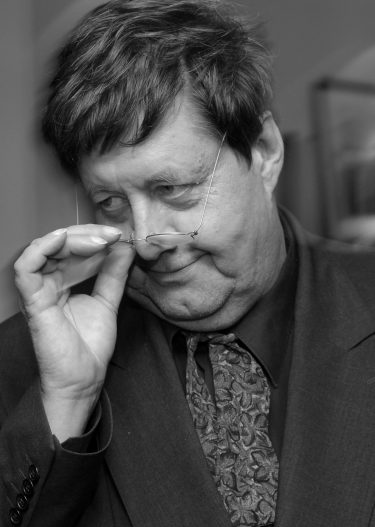 As the son of an architect who grew up in Munich the later museum director was well placed to make the topic of design the major focus of his life.

Florian Hufnagl studied Classical Archaeology, Modern and Contemporary History, and History of Art at the LMU Munich (Ludwig-Maximilians-Universität). In 1976, with Norbert Lieb as his supervisory, he was awarded a doctorate for his dissertation on Munich-based architect Gottfried von Neureuther (1811–1887).
After completing a stint as a trainee at the Bavarian National Office for the Preservation of Monuments Hufnagl initially freelanced as an art historian. He then embarked on a museum career in 1980 when he was appointed to work as a curator under Hans Wichmann, who was Director of Die Neue Sammlung at the time, which was then still known as the State Museum of Applied Arts and Design. In 1990, Hufnagl took over at the helm as Museum Director, an appointment he held until January 2014.
The scheduled building of Pinakothek der Moderne in Munich and Neues Museum für Kunst und Design in Nuremberg posed considerable challenges for him – in Nuremberg he even had to act as the construction officer – challenges that together with his employees he mastered with élan. Today, Die Neue Sammlung, which was first recognized as an official state museum in 1925 is not only one of the oldest, but also one of the most important design museums in the world. With his ideas and concepts, his acquisitions and exhibitions Hufnagl made a decisive contribution to the expansion of the museum and under him it garnered an international reputation. His work also reflected his understanding of design, which he deemed to be of equal value to the fine arts and consequently worthy of being presented alongside them.
From 1998 to 2013 Florian Hufnagl was Chairman of the Board of Directors of the Bavarian State Museums. The development of the so-called Kunstareal (an ensemble of museums and galleries in Munich) was also of great importance to him. In addition, he lectured at the Institute of Art History at the Ludwig-Maximilians-Universität in Munich and at the Munich Academy of Fine Arts. He also acted as a consultant, for example to the Museum of Bavarian History in Regensburg, which opened in 2019.
His commitment and dedicated work received eminent public recognition; for example, he was awarded the Order of Merit of the Federal Republic of Germany, 1st Class, the Design Prize of the City of Munich and the Bavarian Order of Merit. Florian Hufnagl was also named Commendatore dell´Ordine della Stella della Solidarietà Italiana.
Florian Hufnagl died on New Year’s Eve following a long illness. The design world has thus lost one of its most passionate advocates, and the Bavarian museum world has also lost an outstanding and influential champion.

Die Neue Sammlung mourns Florian Hufnagl and will hold his memory in the highest esteem.

These images may be used free of charge for editorial reporting, on condition that the credit is clearly and fully indicated.