Posters – that classic advertising and propaganda instrument – as cryptically subversive prints: In East Germany in the 1970s and 1980s, the medium of the poster developed into a means of expression for non-conformist art.
Given the tiny print run of usually as little as 30-50 copies it was possible to obtain paper and do the printing without the normal requisite official approval. This resulted in minute print runs of numbered, signed original prints that evaded the official controls to which art and exhibitions were normally subjected. Artists and galleries used these posters as “advertising” for their exhibitions.

The posters concentrate primarily on Leipzig and Karl-Marx-Stadt, now Chemnitz, and thus on two of the most vibrant and fast-moving artistic hubs in East Germany. The exhibits highlight different styles down through some 20 years: from artists such Gerhard Altenbourg to the following artistic generations. These are represented by works by among others Michael Morgner, Hartwig Ebersbach, Claus Weidensdorfer, Thomas Ranft, Olaf Wegewitz, Lutz Dammbeck and Carsten and Olaf Nicolai. 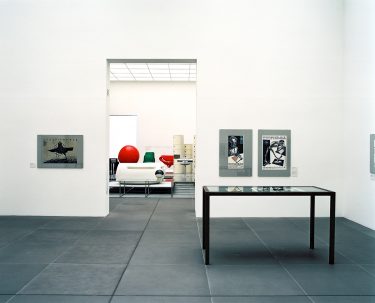 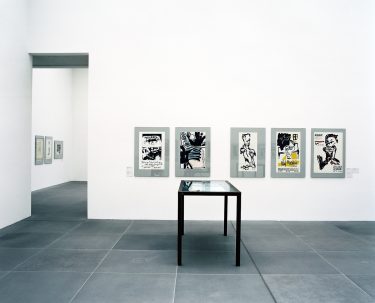