2018 marks the 50th anniversary of the 1. International Silver Smithing Symposium Jablonec ’68. Die Neue Sammlung is devoting an exhibition to this unique historical moment in the history of studio jewelry that will once again feature the jewelry items created back then.

Thanks to the Prague Spring in 1968 at the invitation of the Czechoslovak Artists’ Association for the first time European jewelry artists from East and West converged on Jablonec nad Nisou in northern Bohemia for a European summit of jewelry artists: Manaba Magomedova from the Soviet Republic of Dagestan, who later moved to Georgia, and Bruno Martinazzi from Italy, Florica Farcasu from Rumania and Othmar Zschaler from Switzerland, Jerzey Zaremski from Poland and Elisabeth Defner-Kodré with Helfried Kodré from Austria – Anton Cepka, Helena Frantová, Libuše Hlubučková, Darina Horváthová, Jaroslav Kodeijš, Pavel Krbálek, Blanka Nepasická, Eleonora Rejtharová and Josef Symon as representatives of the host, not to mention Hermann Jünger from Germany. And three artists who – at the end – could not take part into the symposium: E.R. Nele (Germany), Jane Wiberg (Denmark) and Per Are Lundahl (Sweden). Mostly artists we celebrate today as founders of studio jewelry.

From the mid-19th century onwards, Jablonec nad Nisou with its proximity to the Bohemian glass centers Libereč and Železný Brod was considered a mecca of the jewelry industry, glass beads and jewelry were even exported to Africa, and it hosted industrial exhibitions. In the late 1960s, the generally difficult economic situation also hit the Czechoslovak jewelry industry. The symposium sought with the help of modern design languages and international interaction to find a way out of this dilemma, and build on the successes of Czechoslovak jewelry at the World Exhibitions in Brussels 1958 and Montreal 1967.
During the four-week symposium artists created incredible outstanding and sometimes also experimental pieces of silver combined with glass, slade and semiprecious stones. The jewelry pieces which were created in these weeks were than shown in an exhibition which travelled from Muzeum skla a bižuterie in Jablonec nad Nisou (Museum for Glass and Bijoutery) to the Uměleckoprůmyslové museum in Prag (Museum of Arts and Crafts), Schmuckmuseum Pforzheim, Museum für Gestaltung in Zurich, and to the Moravská galerie in Brno (Moravian Gallery).
Now, half a century after Jablonec ’68, for the very first time the 70 jewelry items will be presented again, having been preserved to this day in the Muzeum skla a bižuterie (Museum of Glass and Jewelry) in Jablonec nad Nisou.

The exhibition will be accompanied by a publication in German/English by Arnoldsche Art Publishers. A reprint of the original catalog (printed in only a few issues in 1969) on the jewelry and artists of the Jablonec ’68 symposium will be in the publication.

Afterwards the exhibition will be on show at Bröhan Museum in Berlin, at Severočeské muzeum v Liberci and at the other places in the Czech Republic. 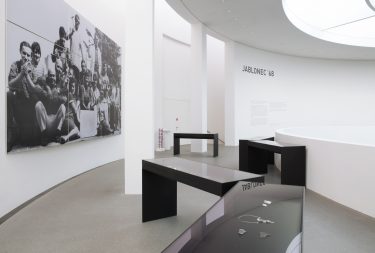 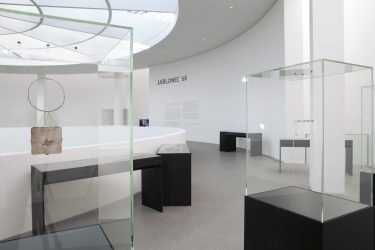 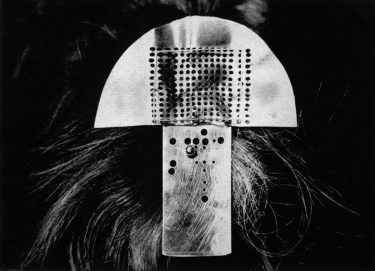 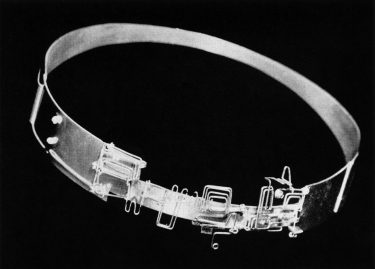