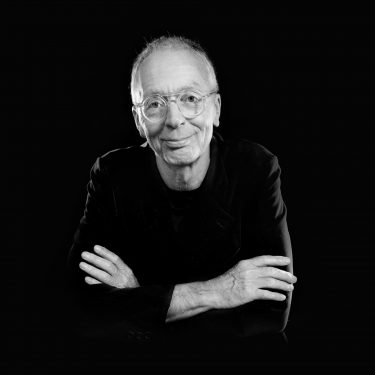 Since the inauguration of the jewelry space at Pinakothek der Moderne, Die Neue Sammlung – The Design Museum has been honoring the founders of international studio jewelry with a monographic exhibition, or inviting them to lecture on their work. We are very grateful that Gijs Bakker, one of the fathers of Dutch studio jewelry, has accepted our invitation to give a talk as part of the “All about me” series in March 2019. He left his mark on the field of studio jewelry as a revolutionary not just in the Netherlands but worldwide when he categorically refused to use gold in his jewelry practice, thus paving the way for new artistic forms of expression. In view of the incalculable number of jewelry artists and the flood of works we are seeing today, Gijs Bakker’s counter position is as relevant now as it was then, and it is certainly worth hearing.

The jewelry artist and industrial designer Gijs Bakker is well known in Munich, exhibiting in the Bavarian city together with Emmy van Leersum from 1981, showing his own and collaborative works first at Galerie Hermann, then at Galerie Spektrum. In 1968 and again in 1983 and 2002 he participated in the jewelry exhibition at the major craft fair Internationale Handwerksmesse. He took part in the touring exhibition Mikromegas, contributing a piece dedicated to former US Secretary of State Madeleine Albright. Parts of the exhibition initiated by Munich Academy Professor Otto Künzli have found their place at Pinakothek der Moderne in 2004. Finally, Die Neue Sammlung presented the exhibition “Gijs Bakker and Jewelry,” curated by Stedelijk Museum ‘s-Hertogenbosch, under the Pinakothek’s glass dome in 2007.

Supported by the Dutch Consulate General in Munich