“It’s an S, it’s an O, it’s a crazy radio!” was the advertising slogan for one early precursor to the iPod, the portable, battery-operated Toot-a-loop, launched in 1969. Users could either wear it like a bracelet or twist its two semicircular halves in opposite directions and position it to resemble a rattlesnake. The volume control and loudspeaker worked even when it was closed and it only needed to be opened to change the radio station.
Two things made it possible to come up with this innovative new radio – firstly, ongoing progress in radio technology, with the introduction of the transistor in the mid-1950s making it possible to produce increasingly small appliances, and secondly the triumphant advance of plastics. Injection molding technology allowed for this unusual design to be manufactured easily and at a low cost. With its bright colors and playful shape, the Toot-a-loop is a noteworthy example of the Pop Art-inspired Japanese design from about 1970 onwards, which set out to appeal to young consumers. 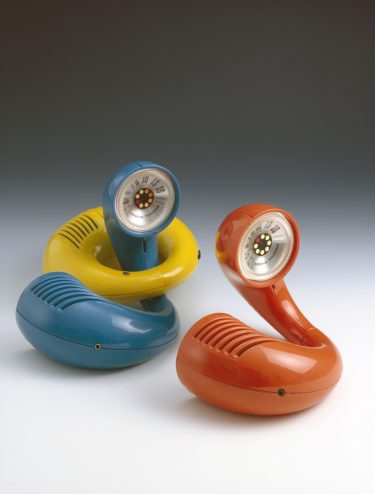 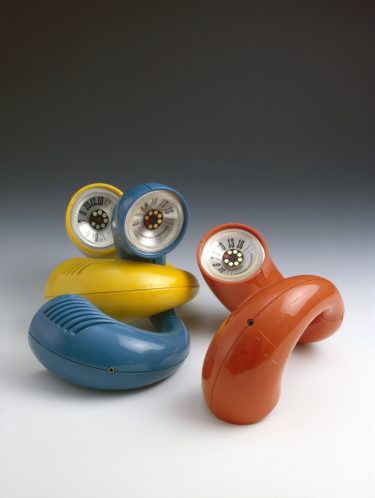