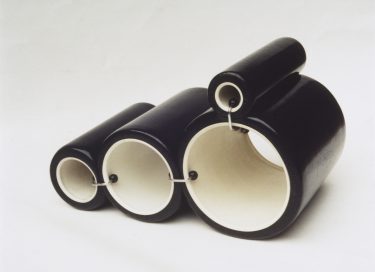 As early as 1969 Italian architect and designer Joe Colombo was convinced that contemporary, forward-looking interior design should free itself of all architectural specifications. In fact, it should be so adaptable and flexible that it would do justice to both the spatial setting of the day and those of possible futures.

Columbo’s view of design also chimes with the belief typical for the Space Age, namely that spatial concepts would possibly exist in the future that are inconceivably different, and which you should remain open to. Indeed, almost all his creations reflect this. Today, half a century later, this credo is every bit as contemporary as it was then, if not more so.

In his day, the aspect of the multifunctional, open structures and variable use always played a major role, as evidenced by the Additional Living System Columbo designed prior to the Tube Chair, a system comprising a series of elements that can be combined almost at will.

However, with the Tube Chair Colombo went one decisive step further, not only in his use of the seemingly so fragile and transient new material of crush leather. Disregarding all aspects of previous types of seating he reduced the chair as a type into four tubes of varying diameter, which can be joined together in many different ways. Held together by a few inconspicuous hooks, the tubes remind us of eternally rotating motion and constant change and instability – a mobile item in the truest sense of the word! When dismantled the tubes can be slotted inside one another and carried in a linen bag.