Before German reunification, the world of jewelry was very much a part of life behind the Iron Curtain. With the presentation by art historian Dr. Katja Schneider on Renate Heintze – a goldsmith, one of the founding members of the studio jewelry movement in East Germany and a teacher at Burg Giebichenstein in Halle – Die Neue Sammlung provides a further crucial contribution to the history of the international jewelry design scene.

Renate Heintze, whose early death in the year 1991 prevented her work from becoming recognized beyond her home region, took studio jewelry in Halle an der Saale to new artistic freedom from the mid-1960s onwards. Her career shows that studio jewelry was by no means solely a west European phenomenon, but that its roots could be found on a separate path in the East of what was then a divided Germany, too. Renate Heintze founded this movement in then East Germany. Having completed an exhaustive training as a goldsmith, Karl Müller’s metal workshop at Burg Giebichenstein, which at the time was a university for industrial design, provided her with an ideal artistic atmosphere. From 1966 onwards she was to develop a program here as a teacher – in collaboration with her colleague Dorothea Prühl – in which jewelry was seen neither in terms of craft nor as a design object, but as art. Her dedication made it possible for studio jewelry training at Burg Giebichenstein to emerge as an independent subject in the art department, taught in a special class of its own. She opened up her work for new techniques and unusual materials, for emotional ideas and subjective inventions carefully and as a matter of course. Involved in its tradition and having evolved from the freedom provided by the arts and crafts, the East German approach was characterized by rather more quiet and composed notes. This was due both to the artist’s character and the politically dominated art scene, the members of which had to act with care in order not to be ostracized.
Renate Heintze’s work at Burg Giebichenstein laid the foundations for Halle becoming the center of contemporary jewelry design it is today. The lecture illuminates her path to studio jewelry. 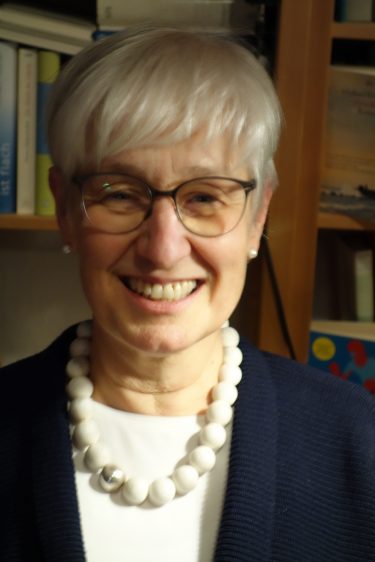