ARCHIVE. PRESS. Designing for the Olympics


To mark the 50th anniversary of the 1972 Olympic Games in Munich, Die Neue Sammlung – The Design Museum is focusing on developments in design for the Olympic Games and the Paralympics Games. As the largest sporting event in the world, the Games have always been the motor for and focus for innovations. Not only do international athletes compete with one another. The manufacturers of sports equipment also try to outdo one another when it comes to equipping the athletes, just as do the host countries when it comes to the visual and architectural design of the games. Despite the original idea of the Olympic Games as an ambassador for peaceful, non-political understanding among people and nations, they do in fact often become vehicles for political and social statements.
The exhibition “Designing for the Olympics” aims to illustrate the many ways in which design and the Olympics are intertwined.

The 1972 Olympic Games in Munich with their forward-looking visual identity by Otl Aicher form the starting point for reflections on the Games that preceded and followed them. The presentation shows how inventiveness and a spirit of innovation are reflected in the design for the Olympic and Paralympic Games, and which values and goals are expressed in the design for the Olympics. The notion of progress plays just as big a role here as the political agenda, sustainability and inclusion. With this focus on the design of the Olympic Games and its historical development, Die Neue Sammlung sets an accent that is both important and unique when examining the Olympics from a political and social perspective in the anniversary year 2022.
Consequently, the exhibition deliberately takes a collective look at both the Olympic Games and the Paralympic Games and uses mascots, medals, posters, and sports equipment to demonstrate how these two competitions slowly converge after starting out in very different ways. Sports equipment spanning a hundred years, from boxing gloves worn in the Paris Games of 1924 to mountain bikes ridden in the Tokyo Games of 2021, testify to the changing nature of sports equipment but also of the sports disciplines themselves. The disciplines represented at the Games mirror the interrelationships between amateur and professional sports. Unique sports equipment, such as a racing wheelchair from the Rio 2016 Games or the monobob ski of multiple Paralympics Gold medal winner Anna Schaffelhuber, show which developments and innovations have yet to break through to the amateur sector. The exhibition also showcases sports equipment and clothing that was banned or not allowed for competition. Headwear such as the Soul Cap swim cap, specially designed for voluminous hair, or the egg-shaped helmet worn by the 1976 German bobsled team testify to the struggle for equality and fair standards in sports and point to the political dimension of sports equipment design.
The history of graphic design can be exemplified by the great historical and thematic diversity of posters in the exhibition. For example, the first official poster for the Olympic Games, a rare original from 1912, was designed by Olle Hjortsberg, an academic painter and a member of the Swedish Academy of Arts. Yūsaku Kamekura’s poster for the 1964 Tokyo Olympics marked the transition to a minimalist, international formal language in graphic design, a trend that can be traced right through to the present day. Cho Young-Jae’s poster for Seoul 1988 shows graphic elements that for the first time were generated on a computer.
A special highlight of the exhibition is the complete series of historical pictograms from the 1964 Olympic Games in Tokyo. As a series preserved in the original, in Europe they form a unique part of the collection and have been restored for the exhibition with the generous support of the Ernst von Siemens Art Foundation.
In addition to these graphic designs created for the Games, the exhibition also shows works from the protest movements against the Olympic Games and thus invites visitors to engage with a critical attitude towards what is a major sporting event. Posters, such as those designed by Chinese-born designer Badiucao for the Winter Games in Beijing 2022, play drastically with the formal language of Olympic posters and thus bring socio-critical topics into the discourse that are typically omitted from the official communication of the Games.
In addition to graphic designs and sports equipment, the exhibition also presents room furnishings and their designs, which were also created in the course of the Olympic Games. These include the Nizza shower unit, designed by Günther Eckert and Werner Wirsing for the Olympic Village at the 1972 Munich Games, or the development of the seating shell used inside the Munich stadium, which was designed in cooperation with Behnisch Architekten by the Equipment Working Party under Nick Roericht. Photographs by Sigrid Neubert and Karsten de Riese provide an objective look at the architecture as well as an impression of the special design and atmosphere of the 1972 Games.
In cooperation with students of the Faculty of Design at the Munich University of Applied Sciences, interactive websites and short films are being created in the current summer semester, which can be viewed in the exhibition.
The exhibition is accompanied by a wide-ranging program, which includes collaborations with dok.fest Munich, the Münchner Volkshochschule, and Museum Mineralogia. In this exhibition, we are again continuing to follow our new concept of inclusive design: There is a media station that can be accessed by wheelchair users and texts are available in simple language.
The exhibition concept adheres to the principle of the Circular Economy. Care was taken to minimize transport routes and the necessary distances were deliberately kept short. For the architecture, fundamental design decisions were made with the aim of reusing as much existing material as possible and completely avoiding thermal recycling after the end of the exhibition. The exhibition architecture, which translates the colors and arrangement of the five Olympic rings into exhibition modules, creates a close meshing and convergence of graphic design and object design.
The exhibition will be accompanied by a bilingual catalog, which will provide academic commentary on the exhibition as well as the testimony of contemporary witnesses on design development, photography and competitive sports. 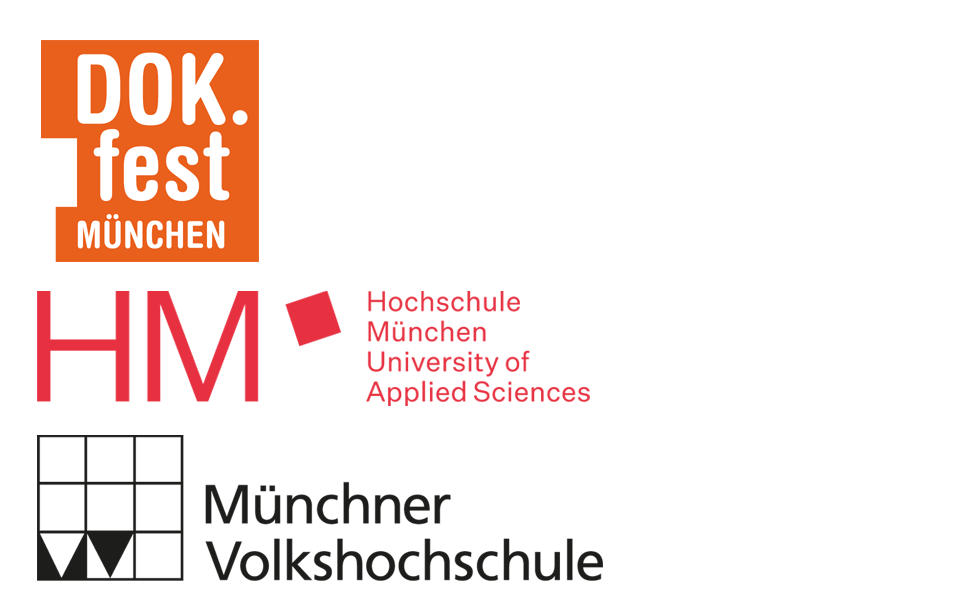 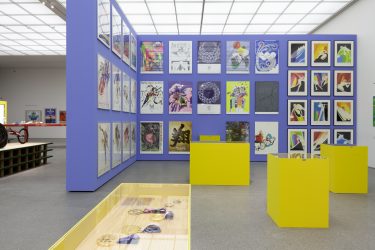 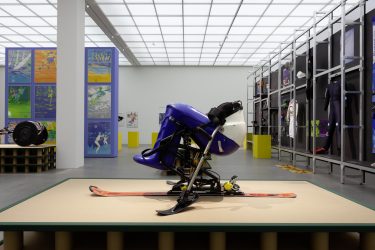 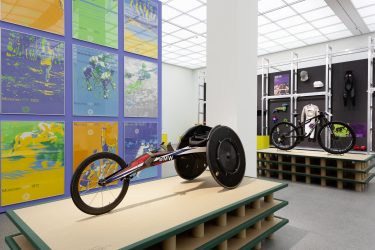 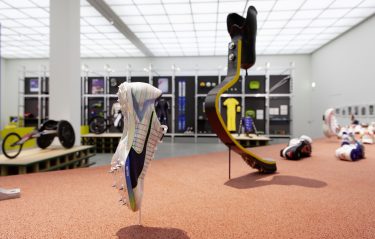 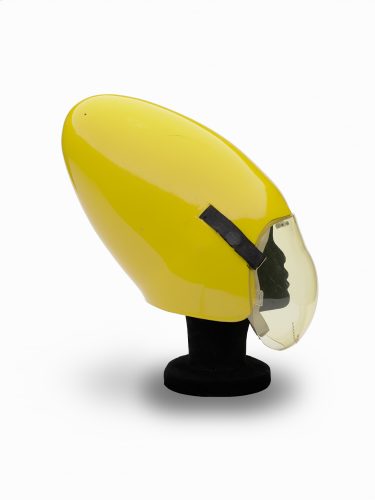 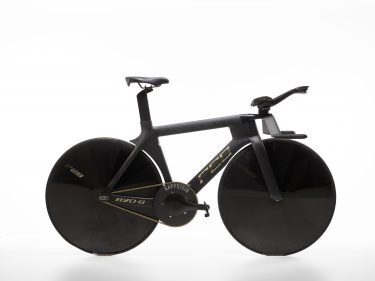 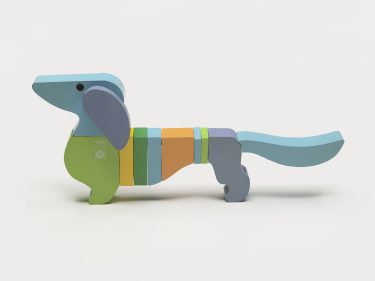 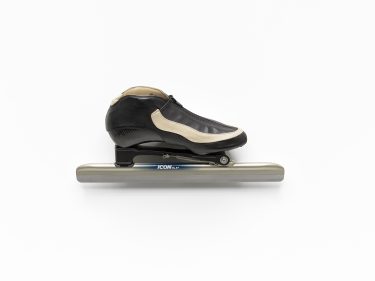 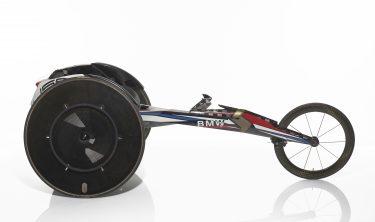 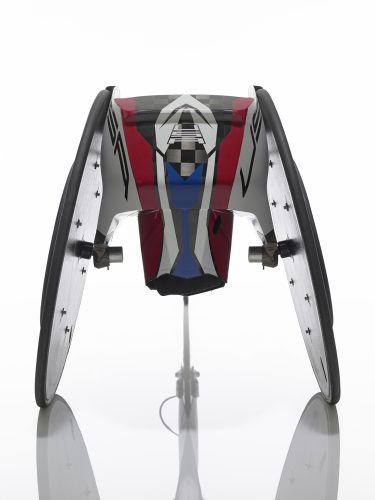 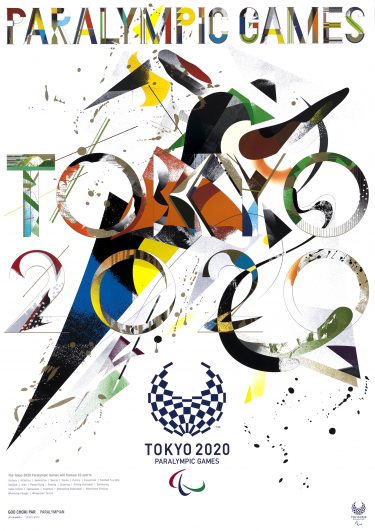 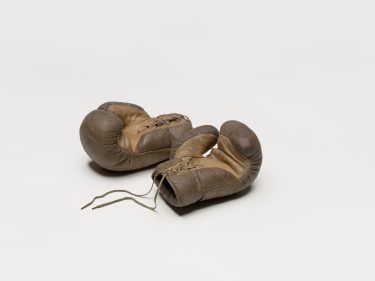 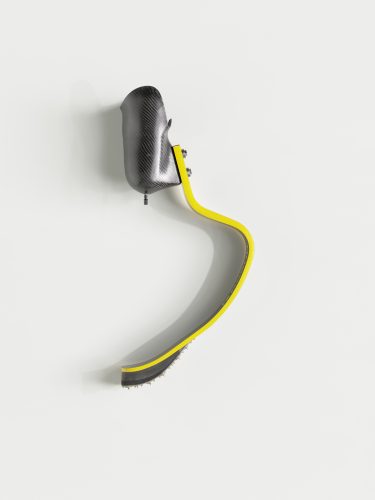 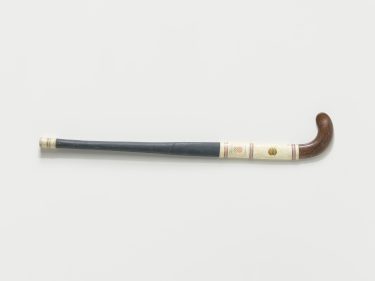 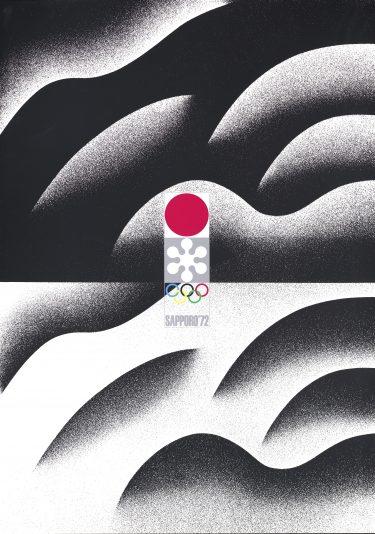 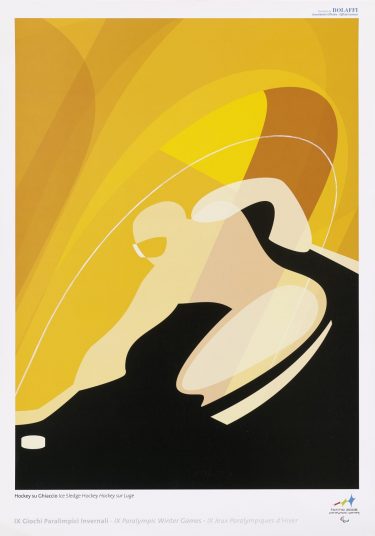 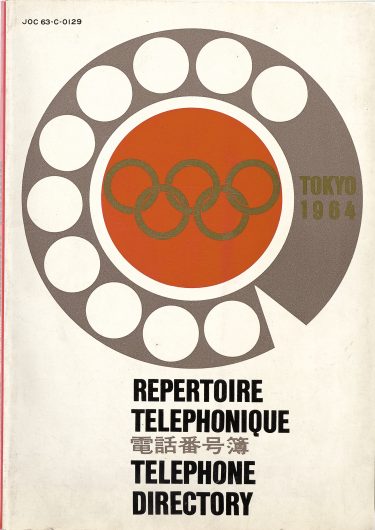 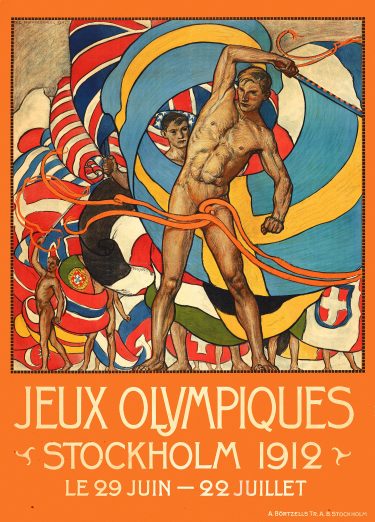 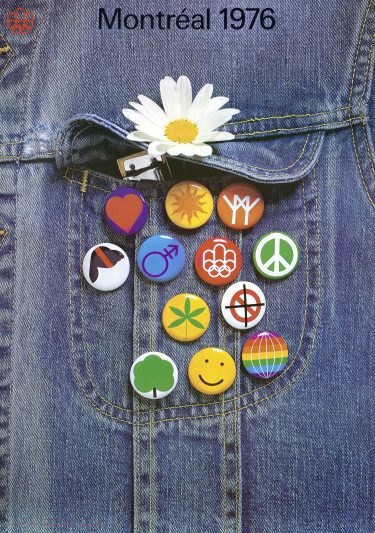 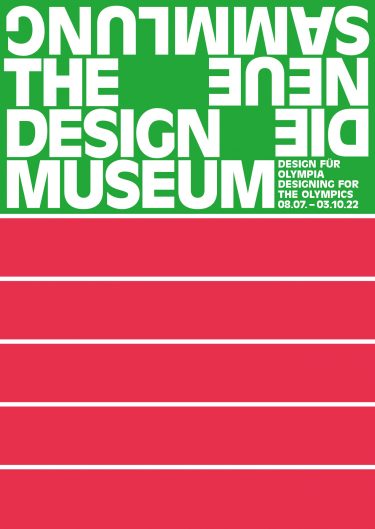