The artist Matti Braun with German-Finnish descent became internationally known through his design of the “round table” for the World Economic Summit in Cologne in June 1999, where the heads of state of the most important industrial nations conducted their negotiations.

Again and again, Matti Braun develops commodities that move as unique pieces between art and design. In his work he deals with cultural-historical and political issues, with the symbolic meaning of things and their cultural context.

His colorful seat sculptures deliberately quote Eero Aarnio’s Finnish pop design of the 1960s, while at the same time staging the Scandinavian “good people utopia” (Matti Braun) in furniture design as an expression of a particularly humane, idealistic way of thinking and critically assessing it from today’s perspective questioning. 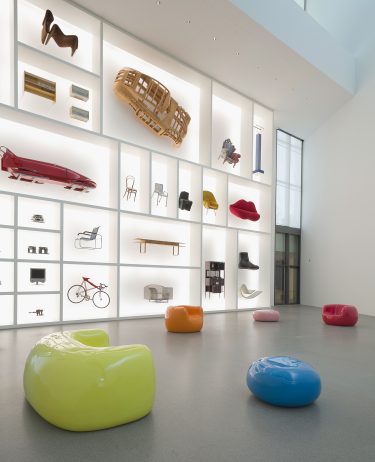