In 2018 Die Neue Sammlung at Neues Museum Nuremberg is focusing – as in Munich with the FUTURO house and the jewelry exhibition “Jablonec ’68” – on the ideas and movements that manifest themselves by the end of the 1960s: be it in the furniture designed by architects who break with Functionalism, be it in the closing of an important design school whose approach and teachings were too unconventional for their time, or also in a bar installation that reflects the new spirit of freedom and leisure.

Architects do not only occupy themselves with shell and structure of housing, with space and material; they also consider their interiors and residents. Wherever mankind interacts with space, architecture and design interlock. The presentation showcases designs by various archictectural movements and groupings. For example, the chair constructions by Egon Eiermann (1904–1970) reveal the functional concept of German postwar modernism, the material Frank Gehry (b. 1929) used for his furniture reflects his deconstructivist approach, and the flowing forms by Zaha Hadid (1950–2016) refer to her singular, kinetic language, while the grid pattern of the objects by Superstudio (1966–1978) show their projection of an architectural utopia continued into infinity.
Humans tend to be at the center of these design theories. Like architects, designers typically see their work as a social task and responsibilty. The seating objects, consequently, trace the concepts and ideas of architectural as well as design history. 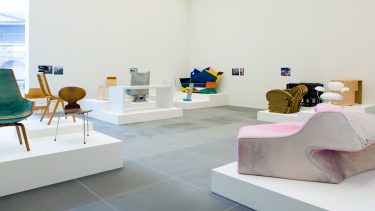 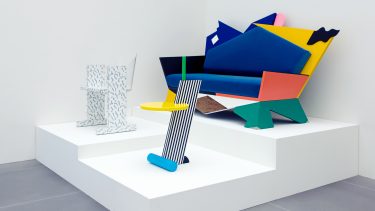