The jewelry and object artist Anton Cepka is one of the most important jewelry makers of the 20th century. Born in 1936 in Sulekovo, Czechoslovakia – now Slovakia – Cepka was a leading exponent of the modern jewelry after World War II. Today he is respected as the doyen of both Slovakian and Czech jewelry artists. Thanks to a formal language reminiscent of Constructivism, he remained untroubled by affairs of state over many years – unlike many fellow artists.
Silver, optical glass and modern acrylic glass are Anton Cepka’s preferred materials. Out of these, brooches and pendants take shape which embody novel spatial ideas. Tending at first towards relief, they are later conceived fully in the round. Then the surprise – the elements of movement and light are added,
introducing the concept of kinetic art to the art of jewellery for the first time.
The actual construction of the objects demonstrates the high degree of craftsmanship which is intrinsic to all of Cepkas’ work.

Thanks to many lenders, both private and institutional, from Germany and abroad, it is possible for the first time to show around 180 decorative objects by Anton Cepka, from the period between 1963 and 2005, in a single exhibition.

The exhibition takes place under the auspices of the Minister of Culture of the Slovak Republic and is supported by he Slovakian Embassy in Berlin, the Slovakian Consulate General in Munich, Arnoldsche Art Publishers, Stuttgart, Danner Stiftung in Munich and Deedie Rose, USA. 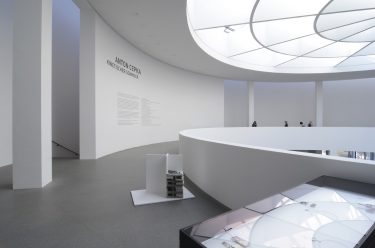 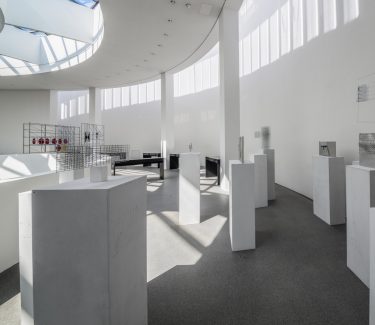