Though young at just 25, the International Ceramics Museum in Weiden devotes itself to the oldest material used by man, and that in a region which has long been associated with the topic, in part through its industrial tradition. This extraordinary branch of Neue Sammlung was created back in 1990. It presents a wide variety of ceramics from the earliest Neolithic examples in the Near East through to contemporary porcelain, and sends our gaze out beyond Europe to other continents and cultures, including Greece and Classical Antiquity, Asia and South America. As a design museum Neue Sammlung, which was instrumental in the conception of the International Ceramics Museum, has always placed a keen focus on various aspects and phenomena of modern ceramics. This holds true of its permanent presentation as it does of its alternating exhibitions. The anniversary exhibition at Neue Sammlung is now showing a selection of especially significant examples, which are not only artistic highlights in their own right, but also trace 25 years of museum and collection history.

Exhibits include major donations by collectors such as Klaus Freiberger and Adolf Egner, smaller donations by ceramics artists, and legacies, some donated in the artist’s lifetime. Moreover, specific acquisitions add to the uniqueness of the holdings at Neue Sammlung, which have been assembled for more than century now.
In addition to showing outstanding examples of contemporary one-offs the exhibition also provides unusual insights into the design process that is behind modern industrial production, enabling visitors to trace development from the initial draft to the finished product. 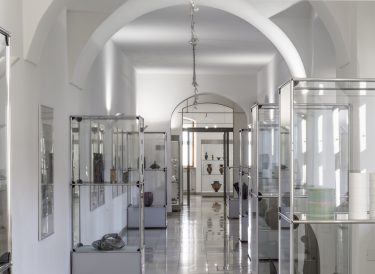 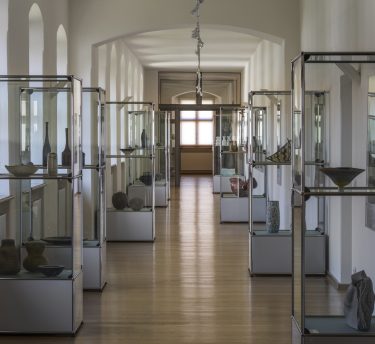