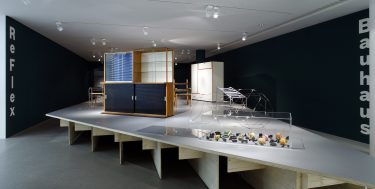 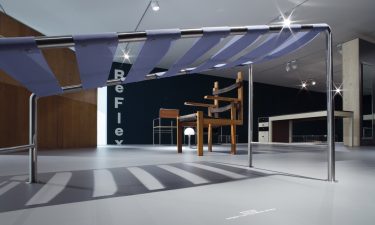 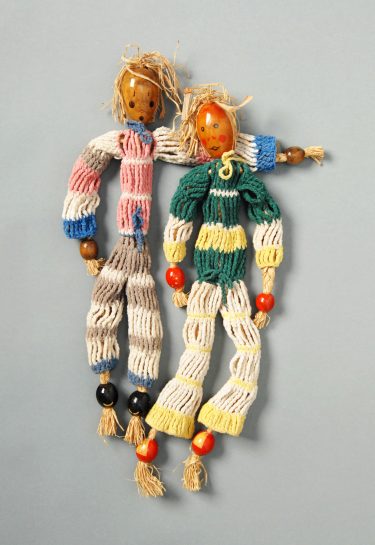 To mark the 100th anniversary of the Bauhaus reform school, Die Neue Sammlung – The Design Museum is showing important Bauhaus objects in dialog with contemporary art for one year.

The exhibition was realized in cooperation with artist Tilo Schulz (born 1972 in Leipzig, lives in Berlin) that juxtaposes 40 historical Bauhaus objects with five contemporary art works.

In 1925, the year Die Neue Sammlung was established, the Bauhaus had to leave Weimar and move to Dessau. The Bauhaus publishing firm was already located in Munich, and the city presented itself as an alternative to Dessau. And with the young institution of Die Neue Sammlung, a Munich museum became one of the first museums to acquire contemporary Bauhaus works that are today considered icons of modern design. Pieces from this period include textiles by Anni Albers and Gunta Stölzl, toys by Alma Buscher and Ludwig Hirschfeld-Mack, and works in metal by Otto Rittweger and Wilhelm Wagenfeld. Further acquisitions were made until very recently, adding important works by Theodor Bogler, Marcel Breuer, Josef Hartwig, Naum Slutzky and Wilhelm Wagenfeld to the collection of historical objects, almost all of which will for the first time be presented to the public in Munich – several of these items will be on show for the first time ever. Three major works were acquired with the support of the Ernst von Siemens Kunststiftung.

Tilo Schulz has designed a room installation in which these gems of design history enter into a dialog with five contemporary positions. Five international artists from a variety of disciplines were invited to develop a work of their own in response to their preferred Bauhaus object. Turkish-German fashion designer Ayzit Bostan took on the Slatted Chair by Marcel Breuer and has designed a contemporary equivalent. German author Barbara Köhler drew among others inspiration from the double-armed table lamp by Christian Dell to create a “word-mirror-image.” The Indian architect Anupama Kundoo established a close connection between her work and Gunta Stölzl’s approach to weaving. Japanese composer Junya Oikawa has created a performative sound installation based on the Bauhaus chess set by Josef Hartwig. And Danish artist Sofie Thorsen examined Hermann Finsterlin’s “Didyms,” spatial permeations, with regard to space and volume. With his concept, Tilo Schulz succeeds in uniting past and present and enables viewers to not only identify the historical origins of these objects, but also to reflect on them today. This has given rise not only to a remarkable design conversation between historic design and the arts of today, but also to contemporary reflections on the history and reception of this reform school, which continues to influence our understanding of design to this day.

During the twelve-month duration of the exhibition, the light-sensitive textiles and books are regularly exchanged for conservation reasons.

Here you can access the thematic focus Bauhaus 2019 (in German) of the German Federal Cultural Foundation.