K-Pop, K-style, K-film – the so-called Korean Wave has reached not only all of Asia, but also the West. Yet cultural trends go in both directions, and Korean graphic design is exposed not only to Pop art and comics, but also the Bauhaus and Swiss typography. Contemporary Korean posters show this influence particularly impressively and vividly. This is the first exhibition in Europe devoted specially to this area. Some 100 works from 25 graphic artists and studios from South Korea outline the heterogeneous trends in evidence, from experiments with Hangul typography and 3D rendering to an adoption of the style of the 1970s or 1980s … explosion?
The range of assignments encompasses cultural posters for art and design exhibitions, film festivals and performing arts as well as announcements of books, magazines and record markets and posters for music groups, clubs and fashion designers. Alongside in-house commissions for poster competitions we find works relating to humanitarian matters and political protest – e.g. by Na Kim (b. 1979), Bohuy Kim (b. 1985) and the studio Ordinary People – as well as environmental protection and initiatives against excessive urban development, for instance by the designers of Everyday Practice.
The exhibition presents typographical poetry by the great Hangul reformer Sang-Soo Ahn (b. 1952) and abstract and conceptual design approaches, for example by Chris Ro (b. 1976), Byung-rok Chae (b. 1981) and Dohyung Kim (b. 1974). Moreover, it features 2D/3D transformations (Hoon-dong Chung, b. 1970), type posters (Goo-ryong Kang, b. 1982), surreal fantasies (Byoung-il Sun, b. 1958) and the large, multi-award-winning screenprints by Kum-jun Park (b. 1963), showcasing their technical and creative refinement. 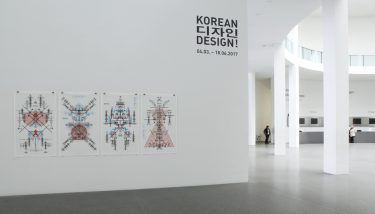 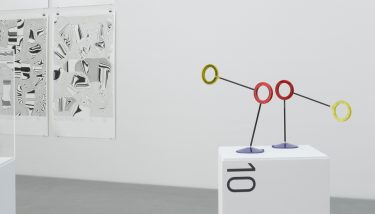